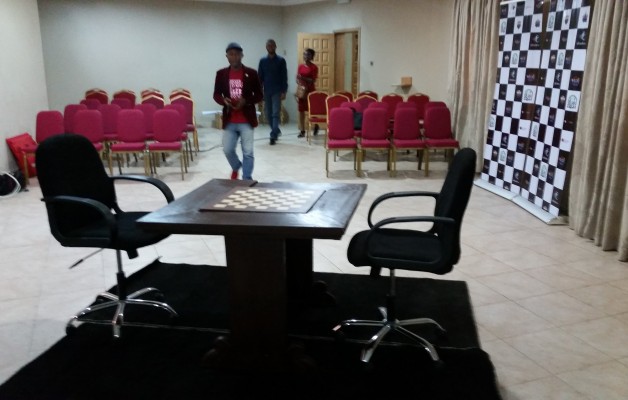 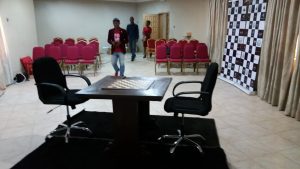 As Christians all over the world celebrated Easter, history was made on Monday, April 2, 2018 as the
chess community in Nigeria witnessed the first ever live broadcast of a chess match in Nigeria. This feat
was achieved by Chess Pro Tour as she organized the Easter Brawl, a match between IM Olufemi
Balogun and Miss Torishemuwa Ofowino which was transmitted live on ASENTV, Africa Sports
Entertainment and News Network Facebook page.

The uniqueness of chess as a non-gender sensitive game was once again demonstrated during the Easter
Brawl as a battle of the sexes. Miss Torishemuwa Ofiwino spoke with ASENTV before the first leg which
held on Saturday 30 th March 2018 at the theatre styled venue, First Square Hall of Orchid hotel and
event center Lekki, the 2018 official Hotel and venue partner.

“I have looked forward to playing against IM Femi Balogun in a competitive match and this event gives
me the opportunity to beat him”. 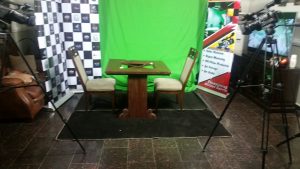 ASENTV Set for the East Brawl

The rematch took place on Monday, April 2, 2018 at the studio of ASENTV and streamed via Live
Facebook video. The match was a rapid chess game with a time control of 20 minutes plus 10.
Toristemuwa playing white started her game with 1.d4 move with black …Nf6 and the game proceeded
with 2. C4 e6 3.g3 d5 4. Ng3 c6 5. Bg2 and Black responded with a pawn capture on …dxc4 6. 0-0 Nd7 7.
a4 a5 …. White was adjudged to have lost on time by the match arbiter and technical director, IA
Ogbonnaya. The successful Live streaming and broadcast of the chess match offered opportunity to
many lovers of chess to follow the event from their homes and mobile devices.

The Chess Pro Tour is an elite program packaged to revolutionize the chess industry in Nigeria by
offering chess as a televised sport content and professionalize the sport. The Tour comprises four
circuits; Players Championship, Premiere League, Board War (a Masters’ Series) and the Grand Slam.
Eight qualifiers will be held annually to determine the 32 players to receive tour cards. At the close of
the annual tour the 10 least ranked players shall be dropped from the tour.

March 19, 2018 PRESS RELEASE Orchid Hotels and Event Center has signed a memorandum of understanding  with FIJI Ventures Limited to act as the Official...read more →