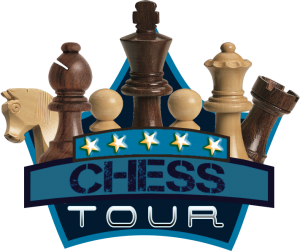 THE CHESS PRO TOUR
The Pro chess Tour is an elite program developed to transform chess into a professional sport in Africa especially Nigeria. The tour comprises of the following circuit of events,

The Qualifying School (a.k.a Q-School) is a series of 8 yearly events that holds between January and March which will serve as qualifier to determine the participants in the tour. The top four players players at each event gets a card card for the year. The last 10 players as at the 31st of December automatically loses his right of participation and the tour card became invalid.

The Open Chess Classic (a.k.a. Players Championship) is a series of Chess events organized to bring together Chess on a platform that offers the players an experience which stimulates the mind in a competitive, entertaining and relaxing atmosphere.
The two stage event shall comprise a qualifiers, a Swiss tournament which will be followed by the playoffs, a blind chess event for the top 4 players from the qualifiers.

The Premiere League is schedule to be in the program 2019. The League will be a round robin for 10 invited players which will be played weekly every Wednesday from February to May each year. The play offs will be amongst the top 4 players.

Grand Slam<\em>
The Champion of champions International Opens (a.k.a Grand Slam) is a special event organized for the winners of all the Masters’ events and other invited international chess players interested to compete for the $10,000.00 prize event.

OBJECTIVE
1. To empower the youths.d Slamd
2. To stimulate the interest of the youths in more mind and aptitude developing activity.
3. To create a more engaging platform which can offer greater mileage to sponsors and partners.
4. To develop a more robust technology for the creation of televised chess as sports content for television.
5. To create more media time and space for chess as a sport.